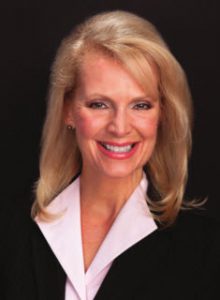 Dr. Janet Schwartz received a B.S. in Education from Valparaiso University and her master’s and doctoral degrees from the University of Pittsburgh. At the University of Pittsburgh she was honored with the distinction of University Scholar, an award presented to “one of those who show high promise of significant contribution to society and progress.” While studying in Pittsburgh, she completed a clinical research practicum at Western Psychiatric Institute and Clinic in the Children’s Psychiatric Treatment Services Unit under Alan E. Kazdin, Ph.D. who became president of the American Psychological Association in 2008.

Jan was devoted to working with children and families for seventeen years. She taught grades K, 1, 7 and 8, coordinated a gifted program for middle school youngsters, and also worked as a child counselor at a domestic violence shelter prior to receiving graduate training to become a family psychologist. However, the discovery of some evidence catapulted her from dreaming of one day having a free family therapy clinic to a career in forensic fraud research. With great effort and unusual collaboration, the evidence unfolded into numerous state and multi-state investigations. Over the subsequent years, Schwartz became a nationally known expert on the white-collar organized criminal and the white-collar organized community as she continued her intelligence gathering efforts that contribute to strengthening our country and helping to build a better, safer world.

Dr. Jan Schwartz is President of Forensic Fraud Research, Inc., a non-profit, not for fee investigative firm that formally incorporated in 2000 and became affiliated with the National White Collar Crime Center in 2003. It is comprised of skilled professionals along with state, local and federal employees who, together, aspire to the concepts within in the Articles of Incorporation. In 2005, the U.S. Department of Justice requested permission to videotape her presentation, “Psychology of White-Collar Criminals,” for educational purposes and use on their Justice Television Network. Her 30 years of intelligence-gathering efforts and research while conducting semi-structured interviews with more than 650+ victims, whistleblowers, alleged offenders, offenders and alleged offenders’ spouses and family members, witnesses and bystanders has resulted in the identification of the “Behavioral Characteristics and Personality Traits of the White-Collar Organized Criminal and the White-Collar Organized Community.” (Web site address: http://www.whitecollarcorruption.com)

As a forensic behavioral scientist, Dr. Schwartz has compiled data for and provided information to the HIDTA Money-Laundering Division of the FBI in Manhattan, the FBI in Washington, D.C., the Defense Intelligence Agency, the Central Intelligence Agency, the National Science Foundation, the Criminal Investigation Division of the IRS, the U.S. Department of Health and Human Services, the U.S. Postal Inspection Service, the Ohio Organized Crime Investigations Commission, the Ohio Attorney General’s Office, the Ohio Governor’s Office, and 19 other state departments in addition to various United States Attorney’s Offices. Writing “The Psychological Profile of a Spy (2006)” for the American Board for Certification in Homeland Security, and conducting a pilot program for the nation, ”Overcoming Resistance on the Local Level (2008)” are among the details that have blended her work into the realm of intelligence and homeland security.

A nationally certified psychologist, national certified counselor and board certified clinical psychotherapist, Jan is a Fellow of the American Academy of Forensic Sciences, a Fellow of the American Psychological Association , a recipient of the 2014 Valparaiso University Alumni Achievement Award in addition to the American Legion School Award, the Daughters of the American Revolution Good Citizen Award, the Distinguished Leadership Award from the International Directory of Distinguished Leadership for Outstanding Contributions to Contemporary Society, the Outstanding Presentation Award and the Outstanding Leadership and Exceptional Service Award from the American College of Forensic Examiners Institute. Upon invitation from the Ohio Democratic party Chairman, Jan was a candidate for the Ohio Senate in 2002. She also co-hosted “Pardon the (Political) Interruption,” a radio talk show, which aired on WDPN 1310 radio during the summer of 2003. Dr. Schwartz was appointed Chair of the International College of the Behavioral Sciences in February 2011. During her two-year tenure, 18 online courses were submitted to the American College of Forensic Examiners Institute for continuing education.

Jan cares deeply about how we as a society and a world treat each other and is often an advocate for various issues on social media. Her first book, Last Summer with Oscar, was published by ACFEI Media in August of 2011. Oscar’s story launched as an International Bestseller on Amazon.com in October 2012 (under One World Books). Web site: http://www.LastSummerwithOscar.com . The Last Summer with Oscar Workbook was published in December 2012 and released through the Ingram Advance Catalog network.

Strong and meaningful Facebook connections provided the impetus for international moderate Muslim outreach. In her heart, Jan understood there was much that could be done to help reverse the hatred toward our country from Muslim extremists and to promote peace and goodwill throughout the world. Her circle of connections has broadened and relationships have deepened. Formal collaborations began in 2013 when she was invited to partner with a group of international Muslim forensic psychiatrists in creating their country’s first domestic violence and child abuse center. Dr. Schwartz also served as an advisor for a USAID-funded international Muslim project for adjudicated terrorists and at-risk youth. Recently, she was invited by a key ally’s military organization to submit a collaborative project focused on an area of shared interest: corruption. The project submitted was titled, “Overcoming Corruption: A Pilot Project for the World.” Her current focus is how to transform corruption on the local level.

The Last Summer With Oscar Workbook Listen to Jan’s voice as she reads the first chapter of Oscar’s story :